When bystanders who are strangers, become life-saving First Responders.

When someone collapses in a public place, chances are there will be at least a couple of concerned and caring bystanders nearby. People are compassionate- we have to believe that the majority of people out there would like to help. The chances of one of those empathetic bystanders knowing CPR is quite low unfortunately, with figures as low as only 3.5% of Americans receiving the training each year. Adding further to the situation, many who have received training are too afraid, or un-confident to actually implement the skills they were shown.

Such was not the case in this, literally heartwarming, story from Goodhue, Minnesota. This is a small, small place- not but 1000 residents, and not even a traffic light. A man named Howard Snitzer- aged 54- was visiting, just passing through Goodhue, purchasing some groceries when he suddenly collapsed on the side of the road, with a massive heart attack. 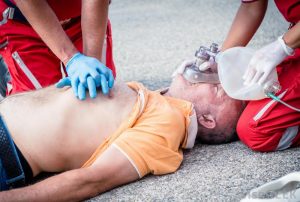 The grocery clerk quickly called 911. The only customer nearby, who happened to be an off-duty officer rushed across the street, to Snitzer’s side, where he promptly began CPR. Across the street, the owner of an auto body show saw and heard the commotion, and rushed over to assist.

Being a small town, word spread fast, and residents began heading over to assist in droves. The town of Goodhue– being so small- has a First Responder force made up entirely of volunteers but despite this, a crowd of 20 people eventually amassed and continually preformed CPR on Snitzer for an astonishing 96 minutes until paramedics arrived on scene.

“We just lined up and when one guy had enough, the next guy jumped in,” one resident- Roy Lodermeier said. “That’s how it went.”

Paramedics arrived via helicopter, and witnessed what they describe as an astonishing scene. Mary Svoboda, a Mayo Clinic flight nurse who flew on the emergency helicopter, said “it was unbelievable. There were probably 20 in line, waiting their turn to do CPR. They just kept cycling through.”

This example of tenacious hard work, and an amazing sense of community, all paid off in the end- as Snitzer was released from the hospital just 10 days later- miraculously healthy- and possessing a sense of gratitude that will surely last the rest of his life.

“I feel like I have a responsibility to them to live the best life possible and honor the effort they made,” Snitzer said. 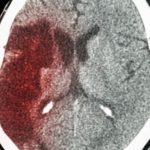 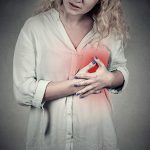